Presented in Gardone Riviera in May 1985 and marketed soon after, the AS125 R, where R indicates the presence of the new Austrian Rotax engine in place of the previous Hiro, is the last update of the ST/STX series before the advent of the revolutionary AF1.

The AS-R in fact evolves little from the STX in terms of aesthetics and chassis, although the new Rotax engine is totally new. Characterized by the presence of the RAVE (Regulation Aprilia Valve Exhaust) exhaust valve, the modern Rotax 127 engine provides much better performance than the old Hiro.

The AS-R is therefore a more powerful and more enjoyable bike to ride than the STX, although not as refined as its most fearsome competitor, the new Honda NS-F also introduced in 1985.

The price in 1985 was Lire 3,430,000 turnkey and the available colours were red/metallized grey with a red saddle and pearl white with a grey saddle. A strange case for an Aprilia, the AS-R proved to be long-lived enough to remain in production throughout 1986 without undergoing any particular changes or variations in colouring.

The bike in brief
The AS-R is the third evolution of its predecessor, the ST. The fairing, tank, side panels and tail remain unchanged from the STX, but the radiator has a new fairing and the front end has a different shape.

The arrangement of the battery, oil tank mixer and air filter remains unchanged.

The instrumentation remains unchanged, but the electric blocks gain a red ground switch on the right-hand control to switch off the engine.

The AS-R also differs from its predecessors, the ST/STX, in that the drive chain is located on the right and the exhaust system on the left. A feature imposed by the adoption of the new Rotax engine, famous for this diversity. 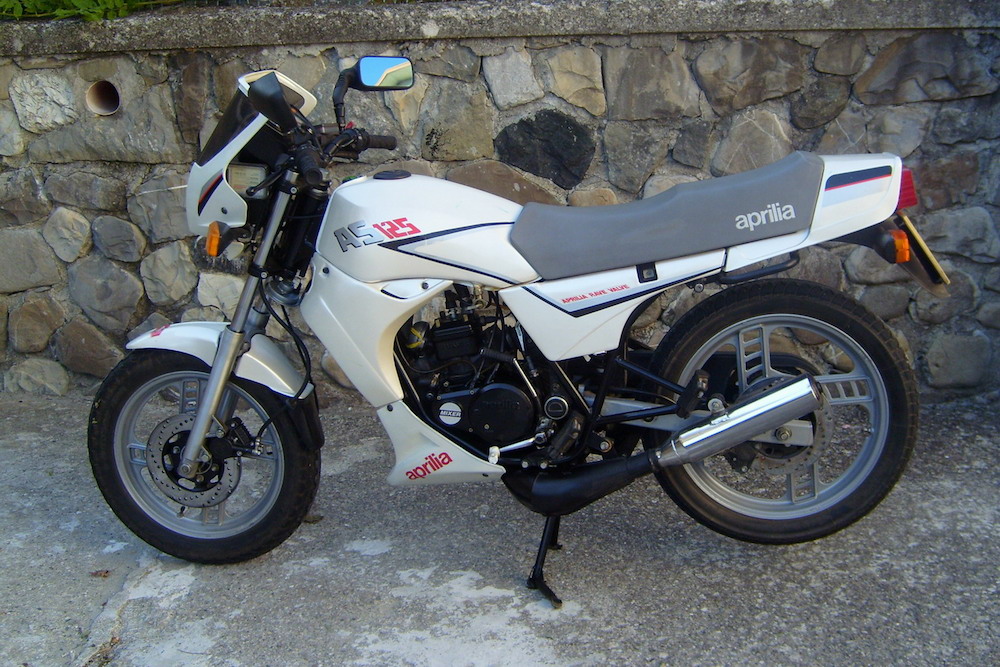 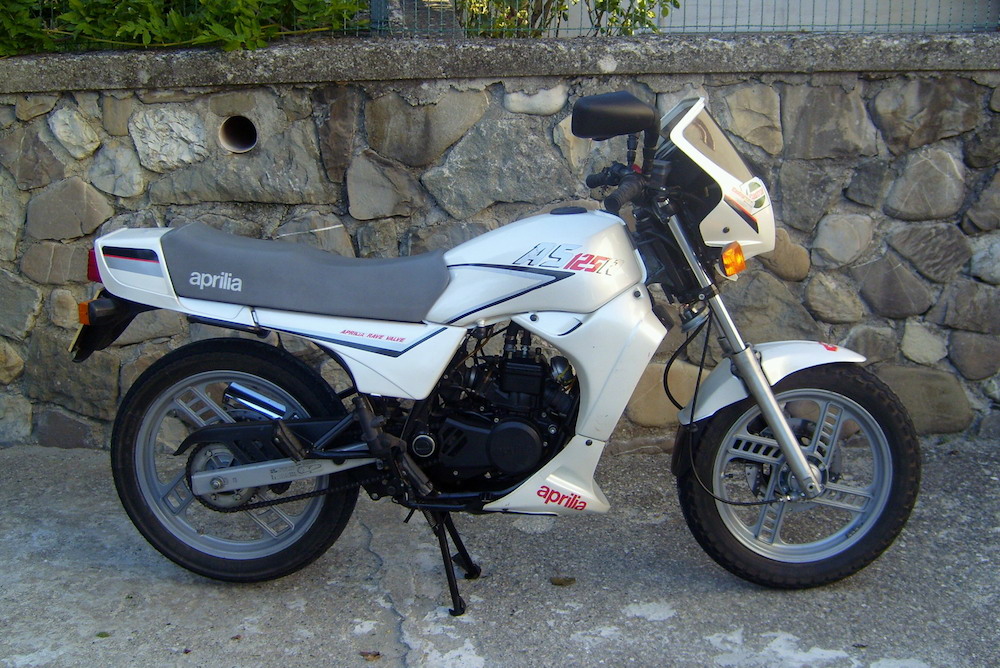 Cycling
The AS-R's chassis is based on that of the ST/STX, although some functional improvements have been introduced:

The size of the wheels remains unchanged.

The real novelty, however, is the presence of the RAVE exhaust valve, or Regulation Aprilia Valve Exhaust, an ingenious and quite simple system that uses the exhaust gases to pneumatically open and close a valve that varies the exhaust timing.

When the valve is closed, the cylinder is optimised for low and mid-range power, while when the valve is open, the exhaust diagram is more suited to the search for maximum power. The RAVE therefore allows the use of a cylinder with a more powerful diagram, while maintaining optimum power delivery at all rpm.

The fuel supply is entrusted to a Dell'Orto PHBH 26 BS carburettor and not PHBH 28 as also erroneously indicated in the official Aprilia brochures.

The exhaust system, on the other hand, is fitted with a different expansion with a separate tailpipe, which is located on the left side of the bike. This is an unusual position, but typical of Rotax engines that, in contrast to almost all other manufacturers, have the transmission chain on the right and the exhaust on the left.