Presented on 21st November 1989 at the Milan Motor Show and marketed from March 1990, the SP02, still called type 152, took over from the previous SP01 and was distinguished by its new livery, 40 mm upside-down fork and small changes to the engine to strengthen the power curve.

The SP02 retained the racing approach of its predecessor, the SP01, but unlike its predecessor, which anticipated the competition by a year, it now had to deal with new rivals like the Aprilia AF1 Futura and Cagiva Mito. Unfortunately, the SP series did not achieve the sales success it had hoped for, and thanks to the crisis of the Gilera brand, which would close its doors a few years later, the SPs were unable to keep up with the fierce competitors, who became the object of desire of the 16-year-olds of the time.

The 1990 season sees the SP02 engaged in the Sport Production championship where it conquers several placings and some victories. At the end of the season Gilera conquers with Luca Conti the third place in the under 21 and again the third place with Riccardo Ascone in the over 21.

Although the 1990 Gilera Trophy is reserved for the SP01 only, the 1991 edition sees SP01, SP02 and Crono take part all together. Cristian Caliumi wins, alternating between SP02 and Crono. 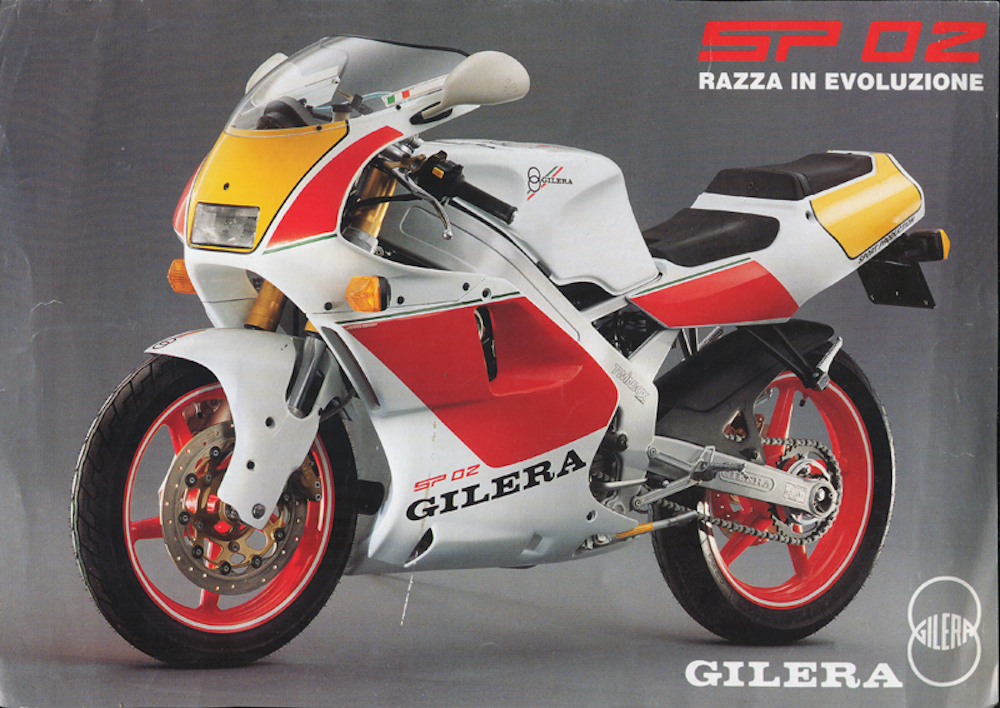 The bike in brief
The SP02 is cosmetically identical to the SP01 and apart from the colour scheme, the main differences are as follows: 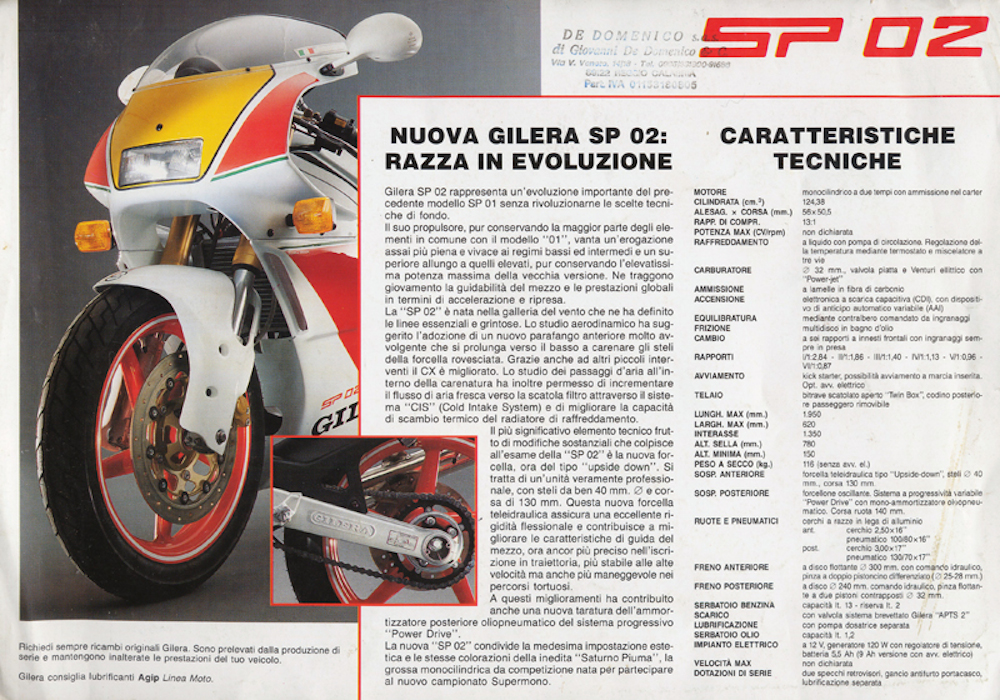 Cycling
The steel Twinbox frame remains unchanged from the SP01, but adopts a different steering geometry due to the adoption of the new front suspension. The various attachments and appendages are similar to the SP01, except for the filter box anchorages.

The new Marzocchi 40 mm upside-down fork is not adjustable. The rear suspension, braking system and wheels are unchanged. Weight is 124 kg.

Motor
The engine retains the reed valve intake in the crankcase and, compared to the unit introduced with the SP01, receives modifications to the exhaust and intake to improve the delivery curve and the acceleration. The changes introduced are: